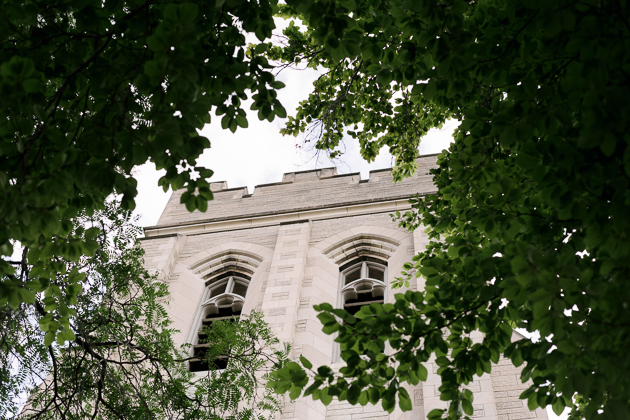 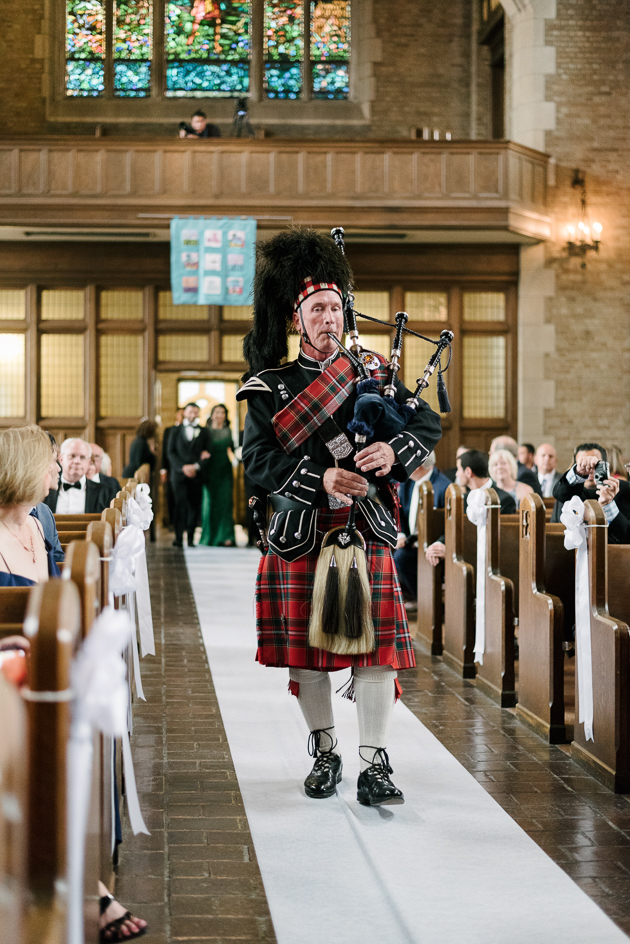 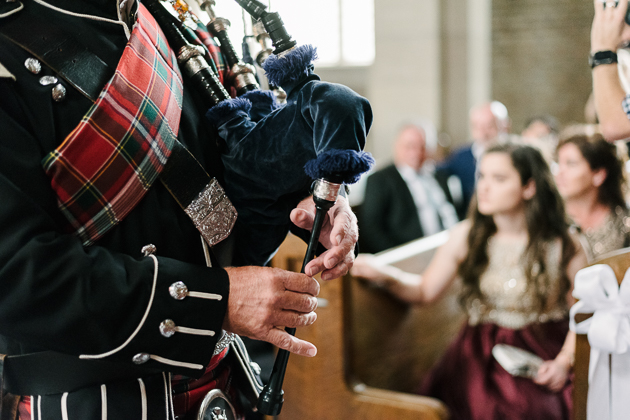 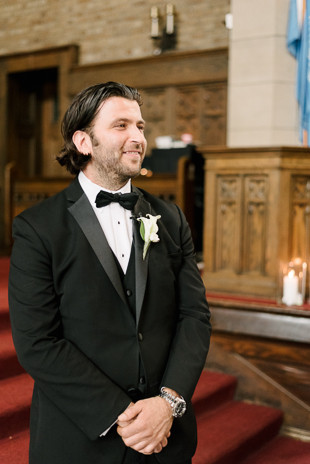 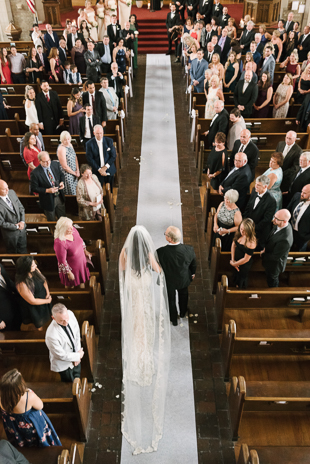 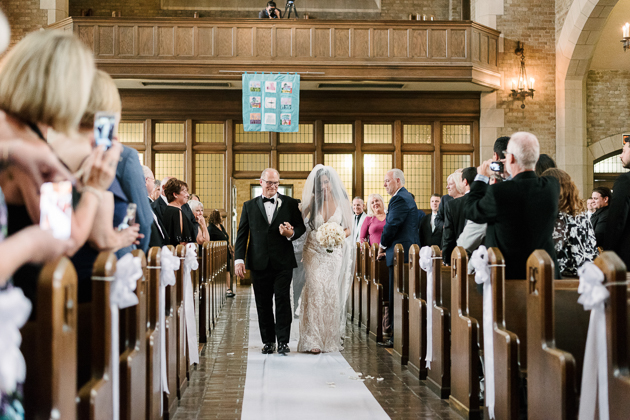 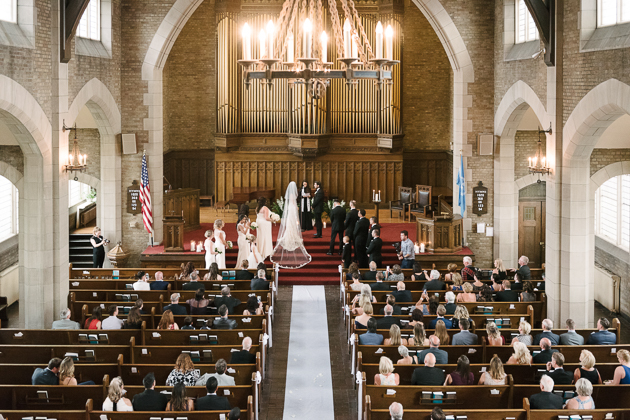 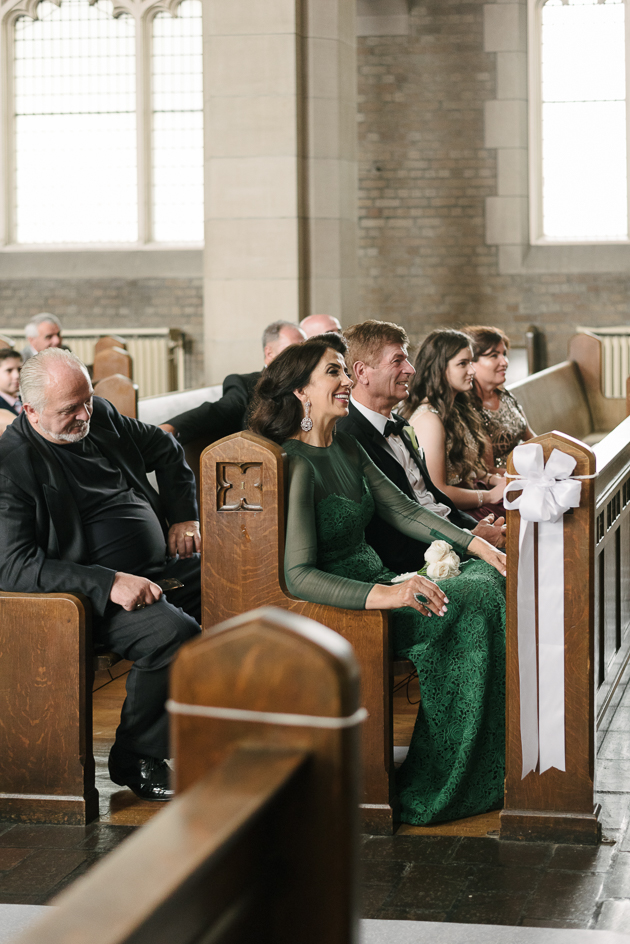 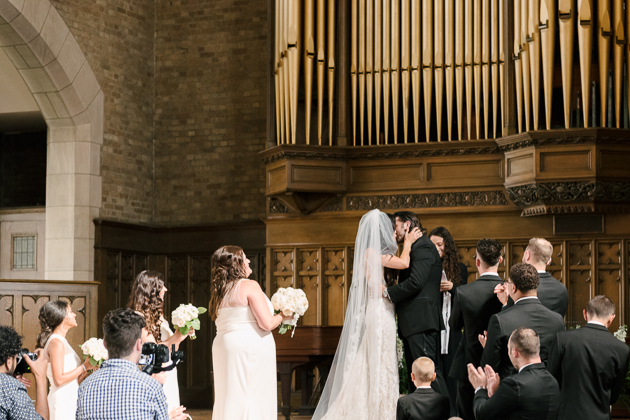 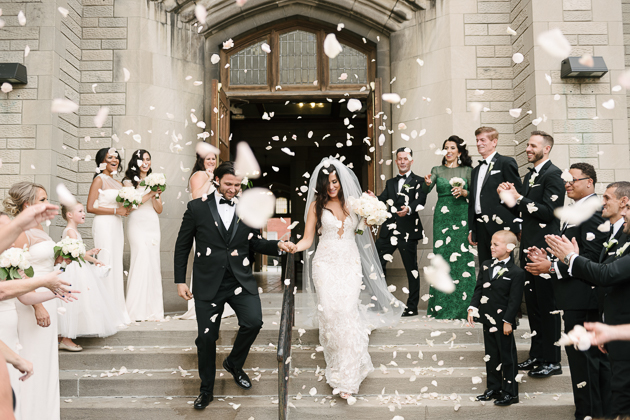 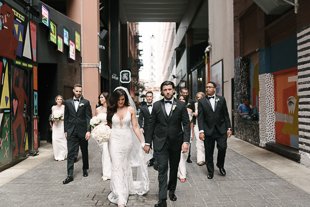 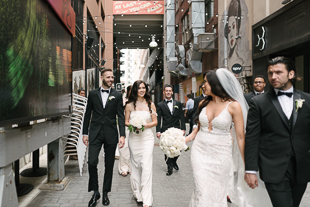 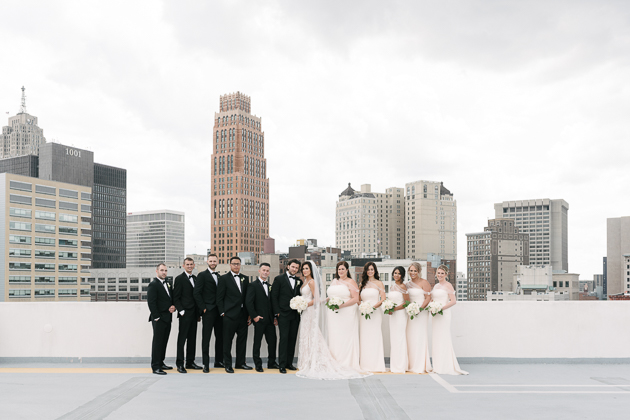 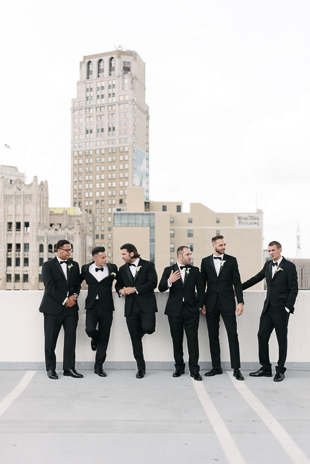 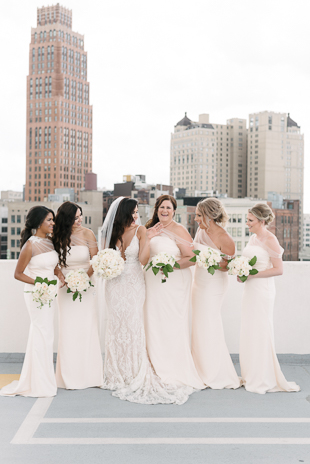 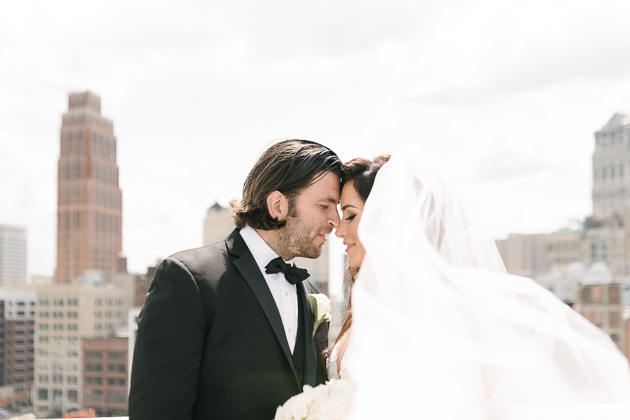 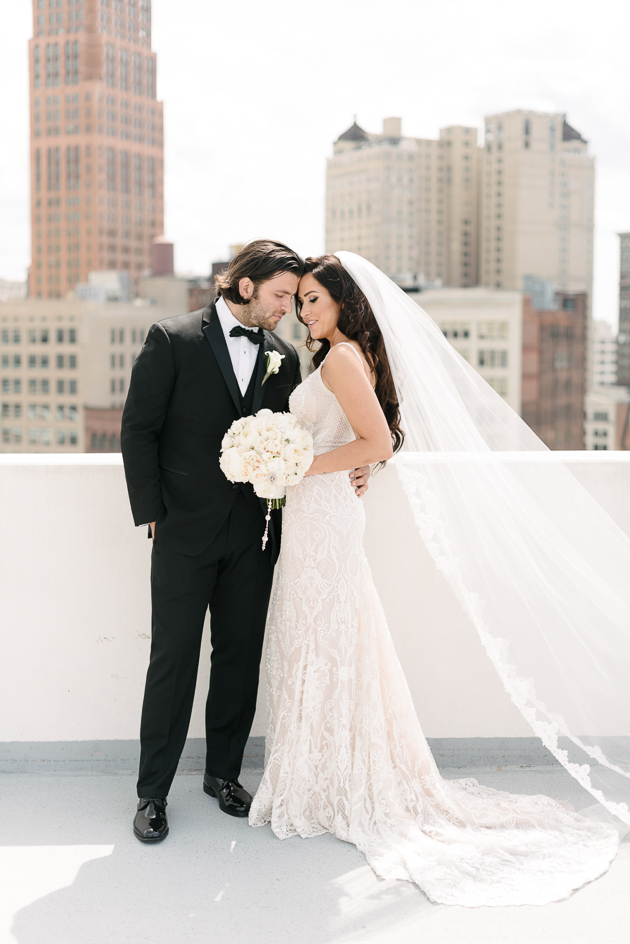 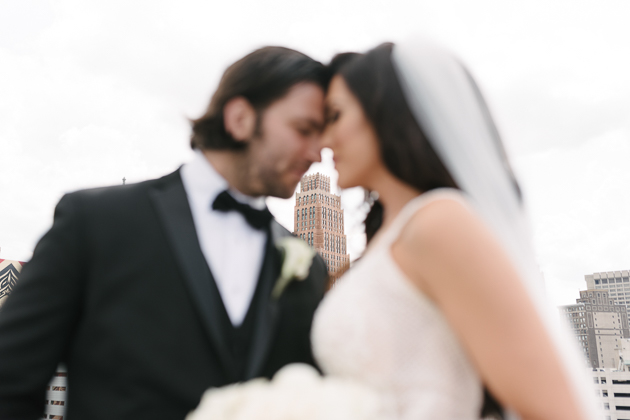 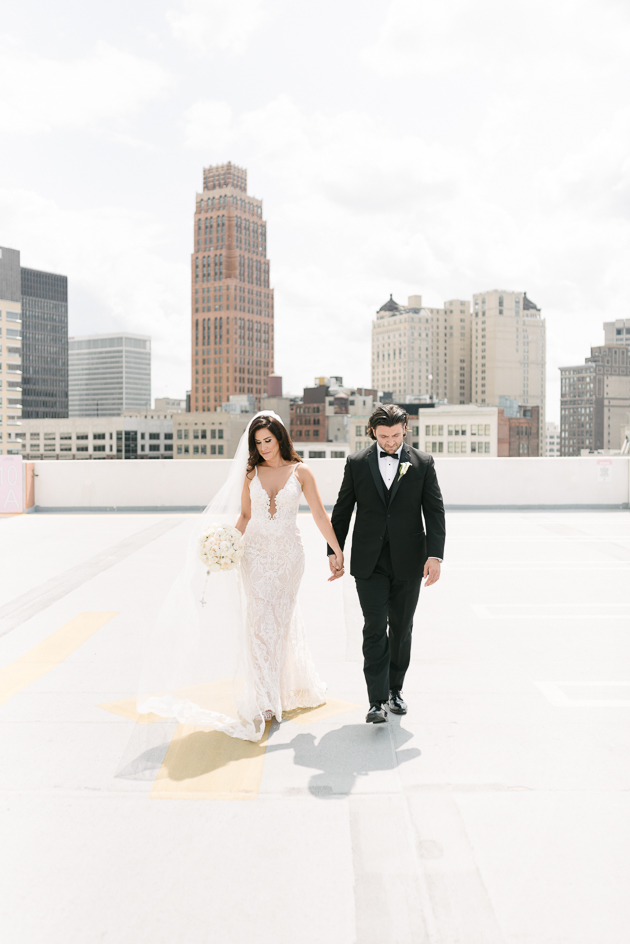 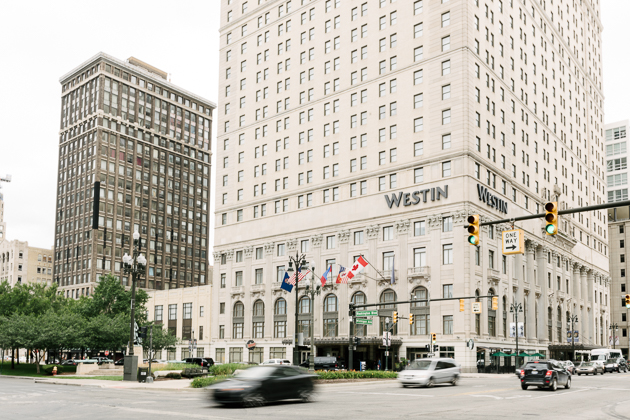 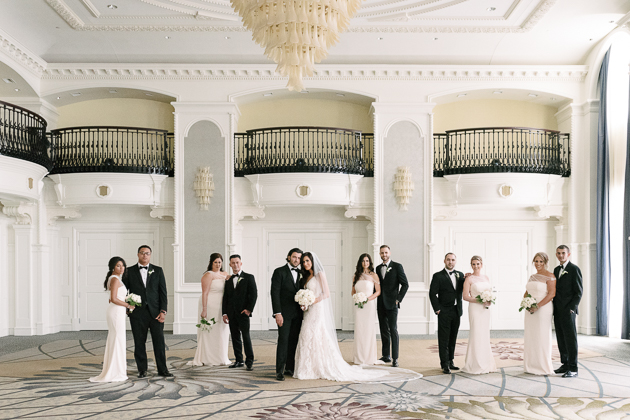 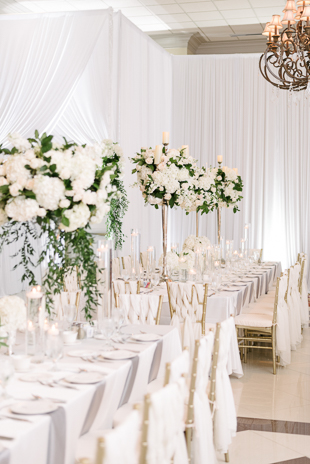 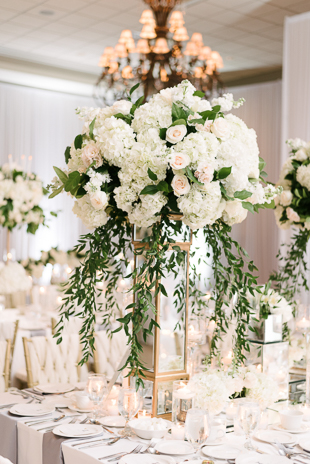 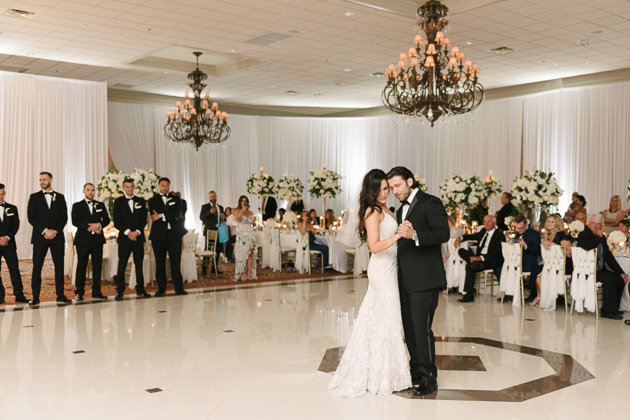 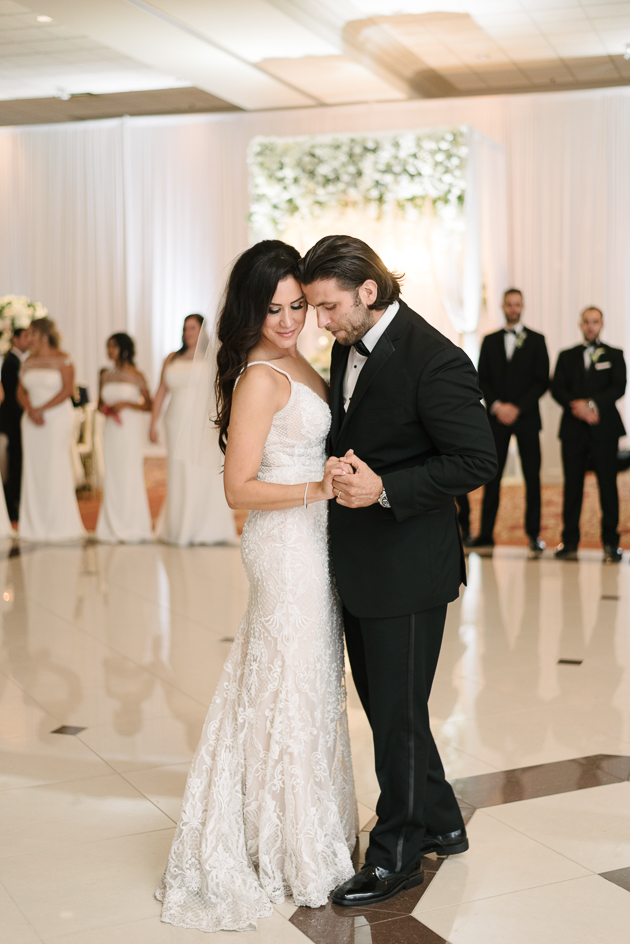 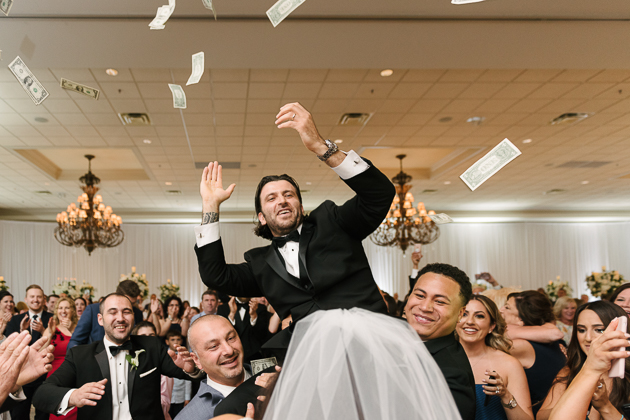 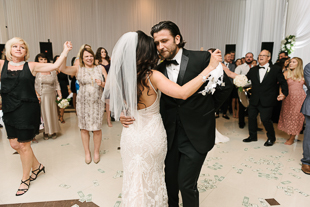 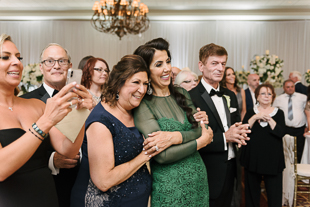 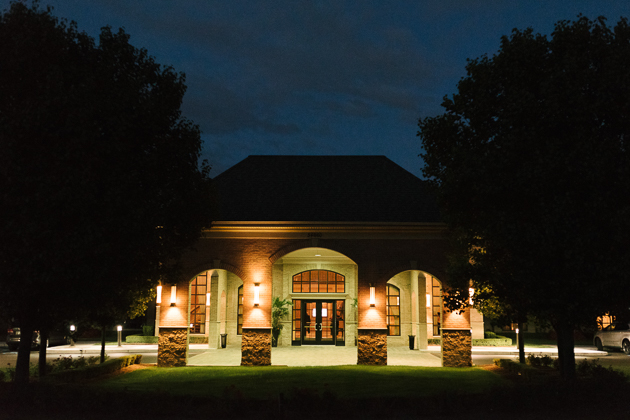 Kerri and Indrit’s Palazzo Grande wedding was full of Mango firsts. This included a surprise beard-shaving and the largest amount of flying money we’ve ever seen!

The story of us and Kerri and Indrit started when Kerri wasn’t impressed with any local photographers in their hometown of Detroit, Michigan. Then, in swoops Mango Studios to save the day. We were absolutely thrilled to be chosen to collaborate on Kerri and Indrit’s Detroit wedding, even if it meant a 10-hour drive to get there! After all, these big city folks were super comfortable when they made the trek north for their engagement session in Toronto. We felt so at ease with them during that shoot that we knew their Palazzo Grande wedding photography would be a breeze. That is why engagement sessions are the best practice for wedding photographers. It gives you a chance to get to know your couple, and for your sweethearts to get comfortable being in front of the camera. Nobody wants a deer-in-headlights on the wedding day! Luckily, we didn’t have to worry about that with Kerri and Indrit. They were both naturals during both their engagement and wedding sessions.

The picture-perfect day started off with a shock: Indrit shaved off his beard and mustache on a total whim! Not even the bride knew this was happening, and capturing their first look was an exciting experience. Though Indrit looked different, his pure heart was still there as he charmed everyone during their cathedral nuptials.

Kerri and Indrit love their home city of Detroit almost as much as they love each other. We knew going into their wedding that Detroit was an important part of their lives. In their wedding portraits, we decided together to utilize the love of their city as a backdrop to their own love. Photographing in a big city during the middle of the day can be tricky. To stay away from the hustle and bustle of Detroit, but still be able to capture it as its own character, we hiked up to a rooftop. This gave us the stunning backdrop of the city that perfectly complemented the modern, chic style of both the bride and groom. And of course, it made the most beautiful place to showcase their soaring love for one another.

Kerri and Indrit’s vision for their Grande Palazzo wedding was to have it be the biggest party of their lives. The two of them never settle for second-best, and this party was no exception. During our initial meetings with Kerri and Indrit, they told us of a Bosnian tradition where the bride and groom are presented at their reception with traditional drums and a downpour of flying money! We love seeing a couple’s cultural roots become part of their day, and we knew right away that this was a moment that just had to be captured. What a way to get the party started. Honestly, I’ve never been more jealous of another culture’s wedding tradition! Kerri and Indrit’s reception still holds the Mango Studios record of most cash flying around at a wedding. A coveted title to hold!

However, the party didn’t stop there. Kerri and Indrit’s family celebrated with them all night. They all danced the night away embracing the marriage between Kerri and Indrit, and their two cultures. Photographing large crowds at weddings can sometimes be difficult. What we did for this Palazzo Grande wedding was to focus on individuals in the crowd rather than the crowd as a whole. This photography decision helped us to get some of the best shots of the entire wedding. From the reactions to the flying money to the smiles of the mothers-in-law during the ceremony, we were able to capture the emotions of the day within a single frame. These pictures will be amazing keepsakes to look back on in the future. As they look, these shots will easily transport Kerri and Indrit back to their wedding day. That is our goal here at Mango Studios! You bring the unforgettable moments, and we’ll bring the expertise to accurately capture them.

I don’t think Kerri and Indrit have ever had a more fun time at a party, and we haven’t either! Thank you for choosing us to be a part of your Palazzo Grande wedding. It was an experience unlike any other, and we’re humbled that you chose us to document it. Here’s to the happy couple and a lifetime of partying together.