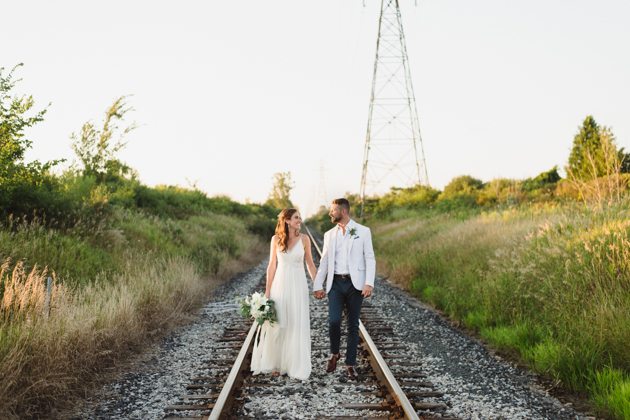 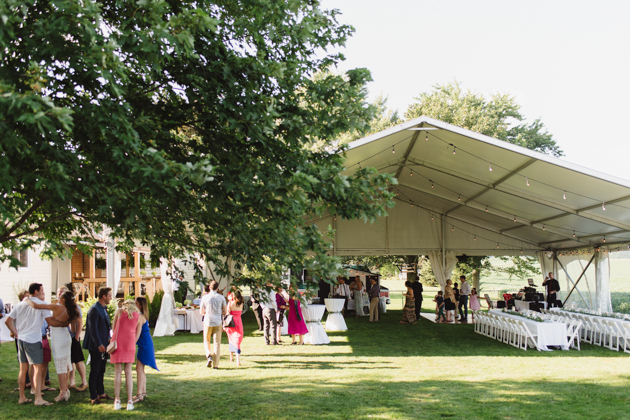 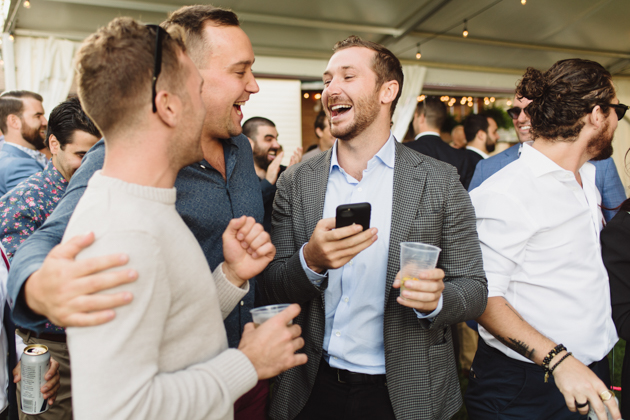 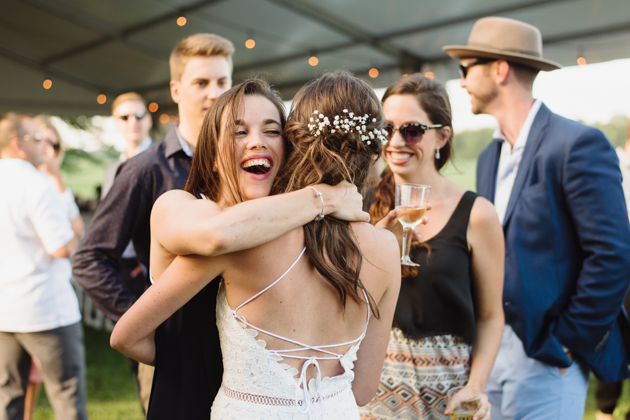 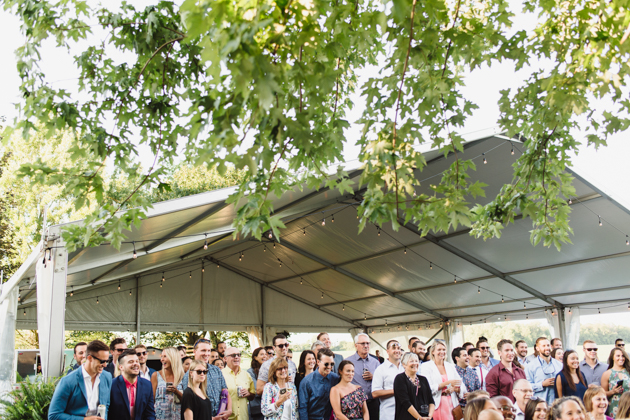 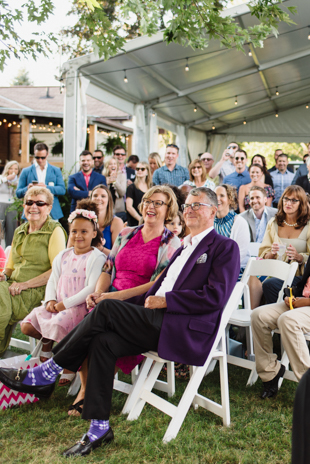 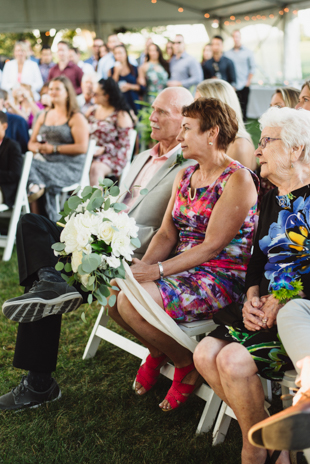 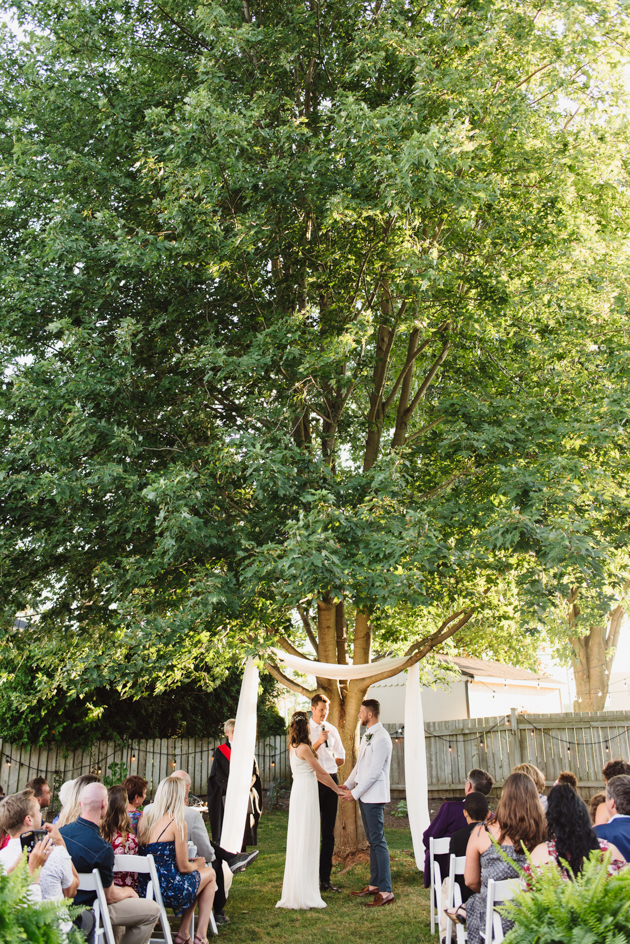 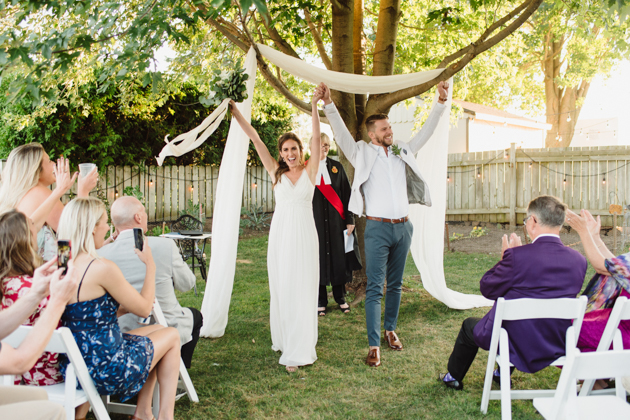 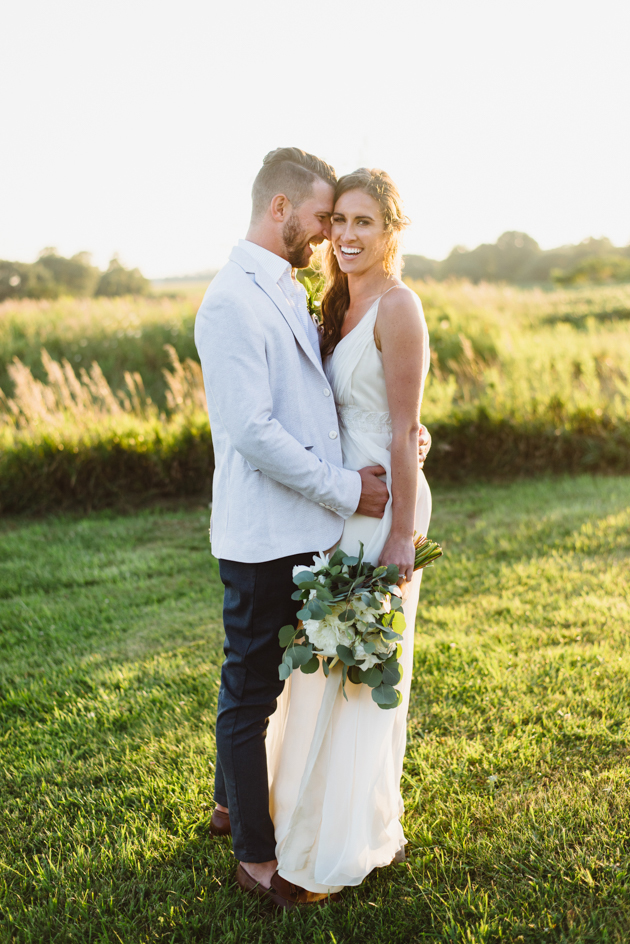 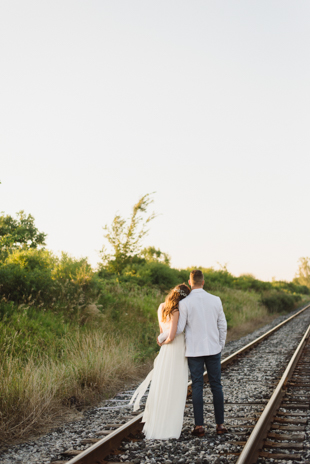 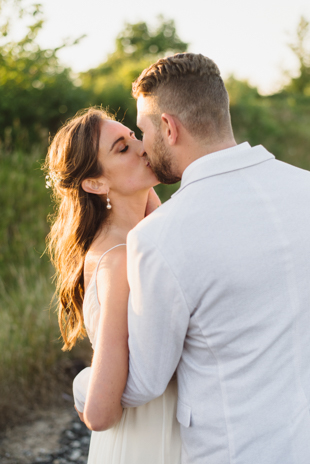 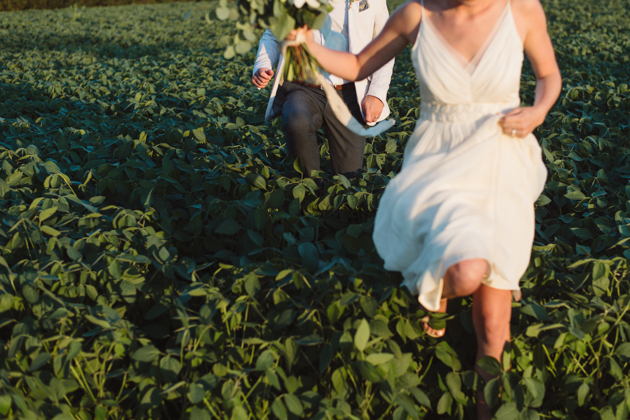 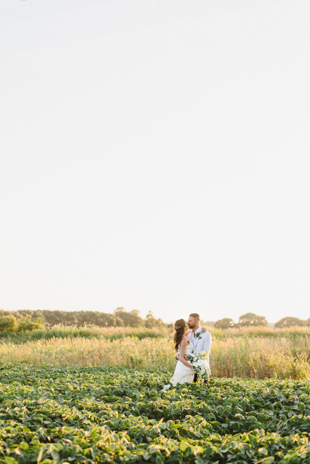 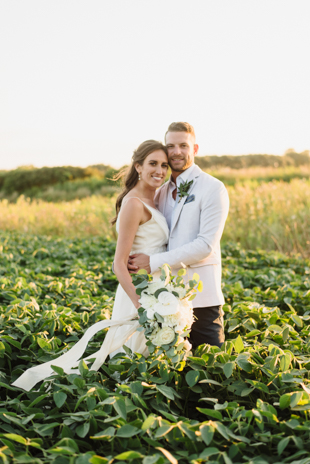 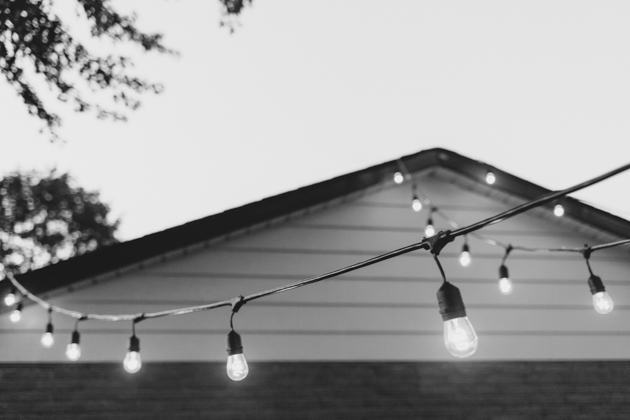 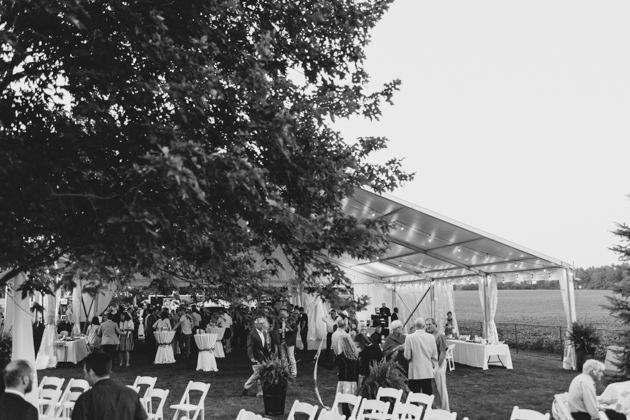 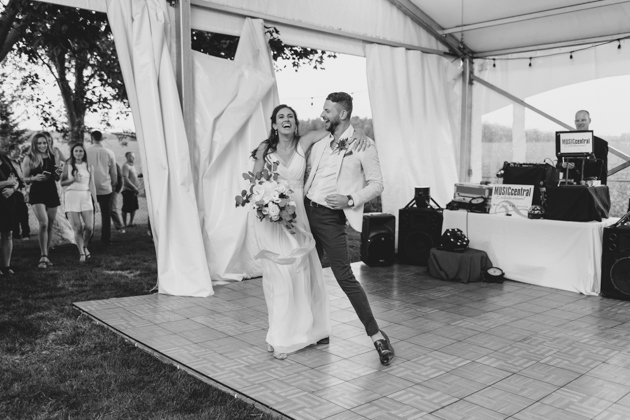 Have you ever played around with the idea of throwing a surprise wedding? Stephanie and Bryan did just that and it was super awesome!

Stephanie and Bryan invited their nearest and dearest to their faux engagement party at their family home. Guests were greeted by the bride and groom to be and enjoyed some refreshments in the backyard. Little did they know that the day will turn into a full-blown wedding later in the evening! When I asked the bride about their surprise wedding, here is what she told me:

“Bryan and I always loved the idea of a surprise wedding even before we got engaged. When we got engaged last December, we got wrapped up in the planning and over the top decisions of the day. We actually had a wedding planned for next summer, but it quickly became more of a chore than anything and neither of us was able to get too excited about it because it was so far away. One afternoon Bryan’s sister mentioned that we should just have the wedding in their backyard! We instantly knew this was the best decision for us. The most important things for us were: 1) to get married! 2) to have our families involved 3) to throw the best party ever! The surprise wedding would have all of the three things together. We’ve done all the planning for our surprise wedding in about 2 months, and we couldn’t be happier!”

At around 6 PM that day, Bryan and Stephanie greeted everyone in the backyard dressed in their “engagement” clothes. For about an hour they mingled with their friends who all thought they were having a regular engagement party. For this hour our photography was super candid. We tried to stay as invisible as possible, catching genuine and fun guest interactions. We also didn’t want us to be very visible as we didn’t want it to look like a very big deal. At around 7 PM Stephanie and Bryan sneaked to change into their wedding outfits and this is when we got a chance to have a quick bride and groom creative. I took Stephanie and Bryan to the nearby railroad tracks and a wide, spacious field where we were able to take some very romantic photos. I love the photo where they are walking on the tracks, going away into the sunset. It’s a very symbolic photo to me as they seem to be going off to embark on their upcoming surprise ceremony and a love-filled married life together.

Once we were back from the wedding photo shoot, Stephanie’s brother started his speech at the end of which he announced the wedding! You can imagine how many shocked and happy faces I saw! It was a great, genuine moment and I was able to get some really raw, emotional photos. At this point, Stephanie and Bryan’s wedding coordinator worked to move a few things around and arranged seats for the ceremony. Once everyone settled from the surprise, Stephanie met her dad in front of the house and they both walked down the aisle. It was pure magic! Their sun-kissed ceremony was filled with so much love. You could see how everyone was so happy for them. As the officiant pronounced them husband and wife, everyone urged to hug the newlywed and the wedding party began! Stephanie and Bryan’s surprise wedding was truly a family affair, with the prettiest backyard setup dining under the stars and a true celebration of love paired down to the simplest of details.

Stephanie and Bryan, thank you for making us a part of such a unique wedding party! We had so much fun photographing the real, genuine emotions of your guests. Our team and I are wishing you long happy years of married life!

The Most Lush Arlington Estate Wedding You'll Ever See 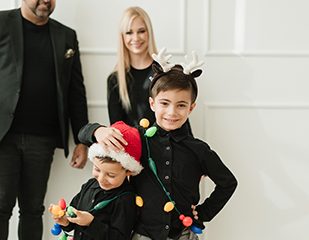 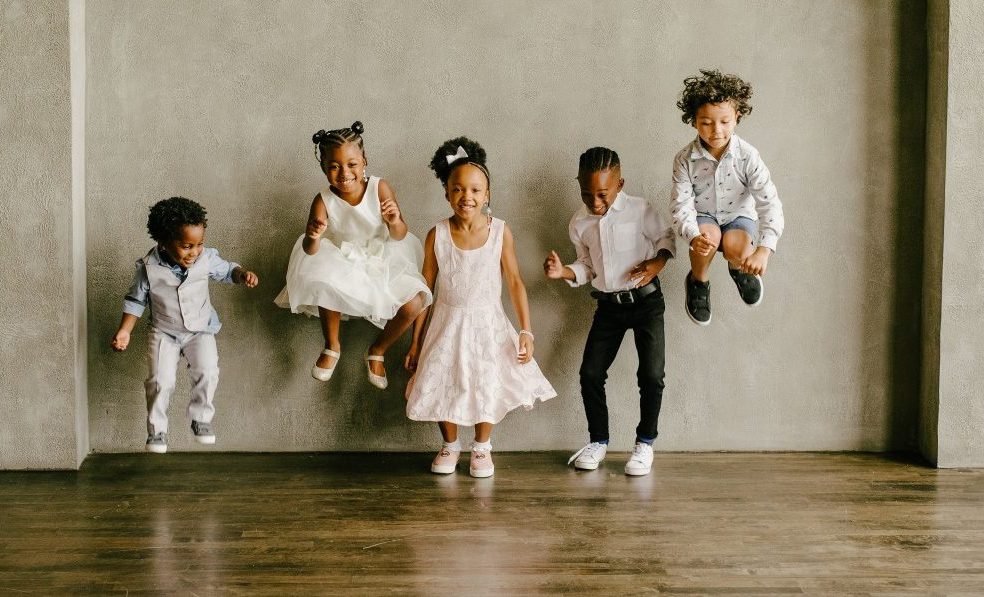 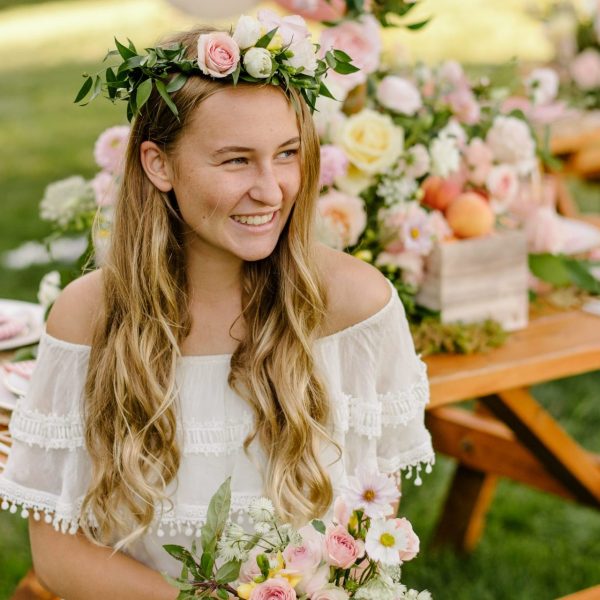